The first two days of the NRA of America National Smallbore Rifle - Conventional Prone Championships were peppered with many strong performances from British Athletes, which in no small part was made possible with the support of Eley, the Squad’s ammunition partner. The Smallbore Conventional Prone Metallic Sights Aggregate, the total across the first two days of competition, saw five members of the 2022 Great Britain Pershing Squad, including the Great Britain Team Captain, placed in the top seven. As a result, the NSRA Rifle Committee were quietly confident that 2022 would see Great Britain engraved on the Pershing Trophy. It was a close run contest with Great Britain’s score of 3988 ex 4000 narrowly defeated by the USA’s score of 3990.

Unfortunately, the story was very similar with the Goodwill Randle Match, where Great Britain was once again narrowly defeated by the USA. The USA scored 2380 ex 2400, which was just 5 points better than Great Britain’s score of 2375.

The Rifle Committee thank all the athletes, officials, and supporters involved for their huge effort, as this has been a long and hard-fought journey with many sacrifices made.

Two days of competition remain in the NRA of America National Smallbore Rifle - Conventional Prone Championships, and we hope that the British athletes at Camp Atterbury are able to continue to dominate the leader board.

You can read the writeup from the US Team here 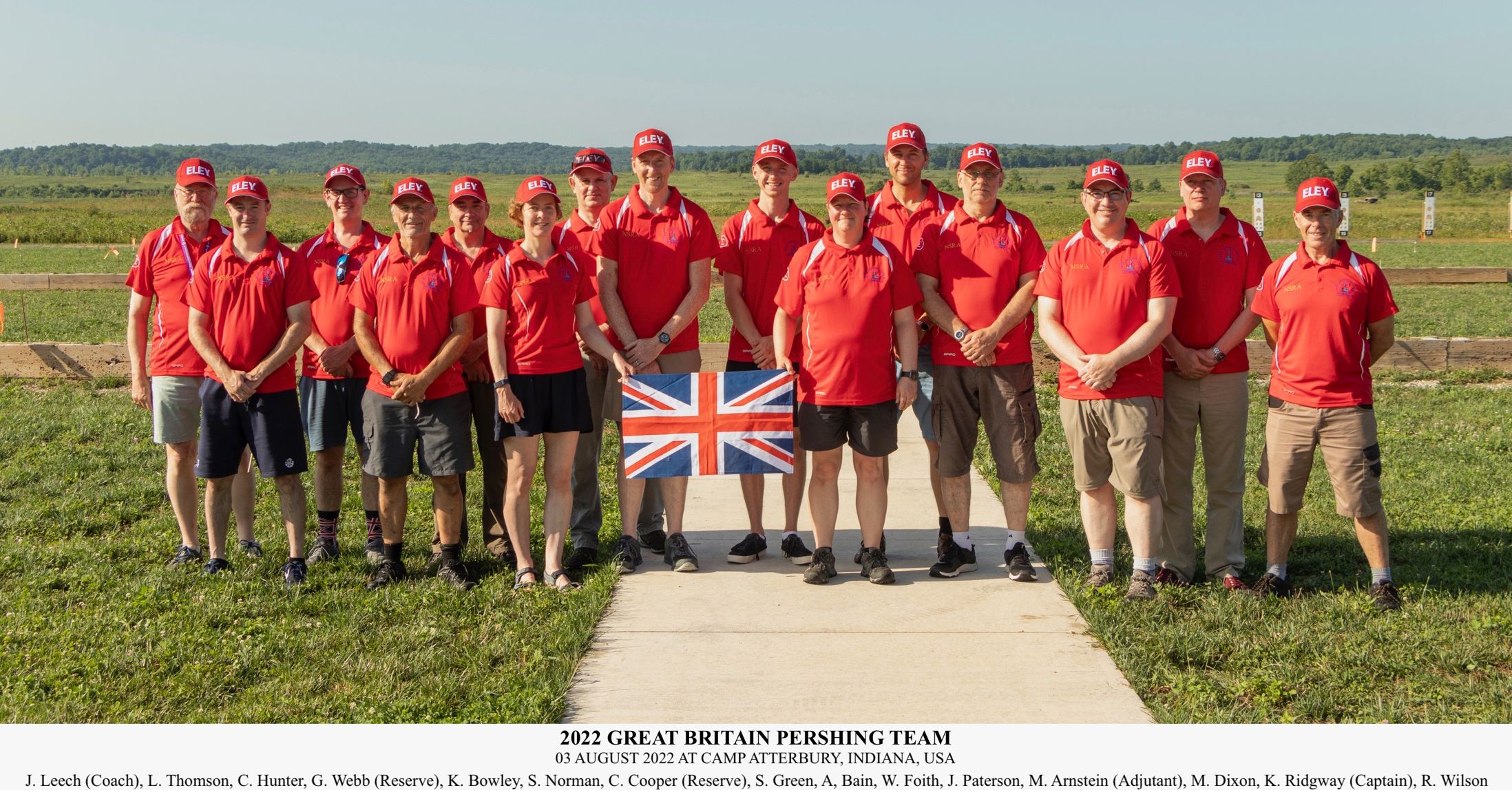