In the other prone competitions; the Ladies event was won by S. Carr with a score of 293, the Juniors was won by O. Howlett of Chichester with a score of 263 and in the dropped points handicap event, N. Carter of Chichester came out on top, posting a score of 292.857, narrowly beating fellow club mate I. Stannard who scored 292.778. As a result N. Carter took home the Millennium Trophy, which is awarded to the competitor from C or D Class with the best score relative to their average. 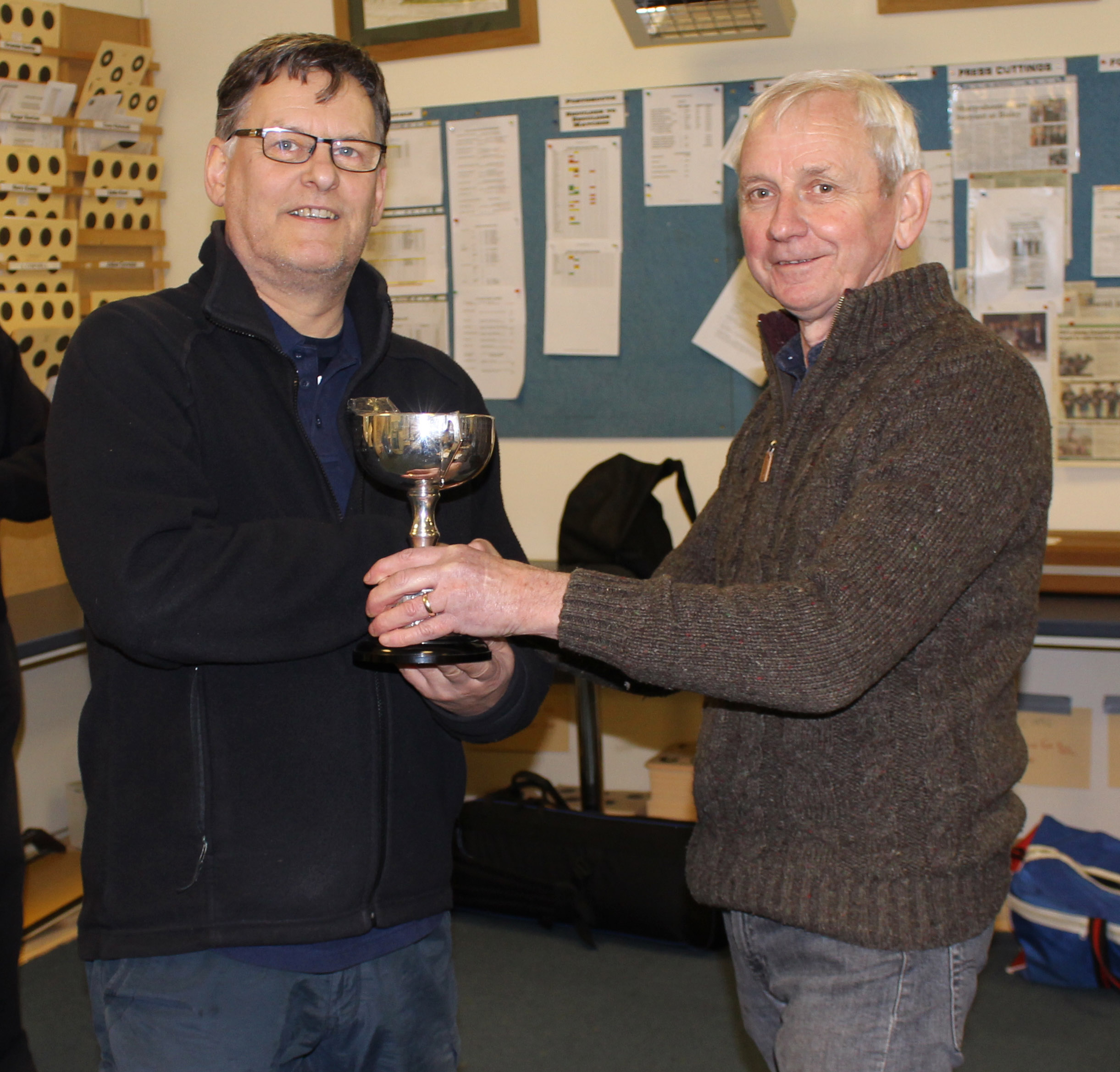 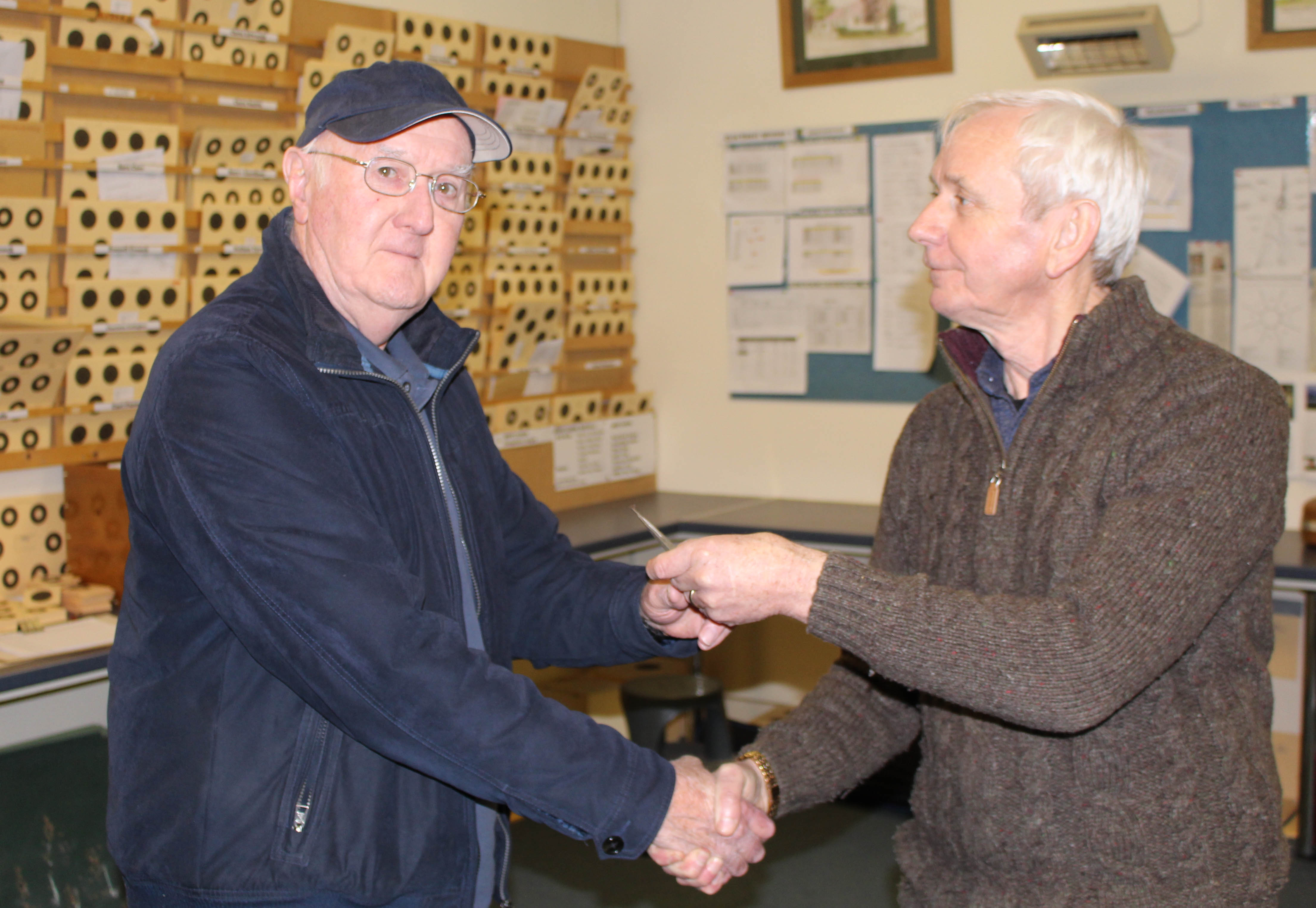 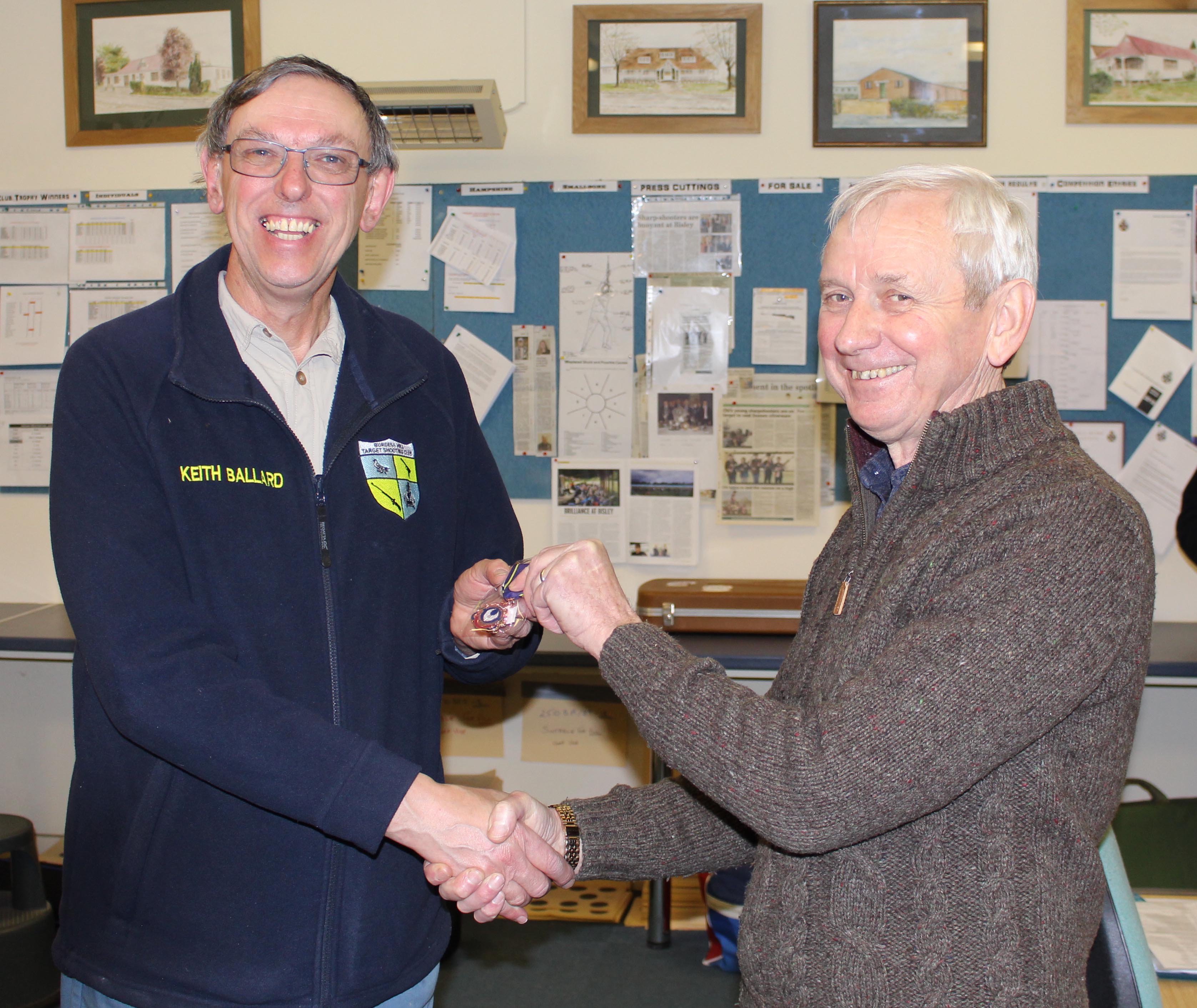 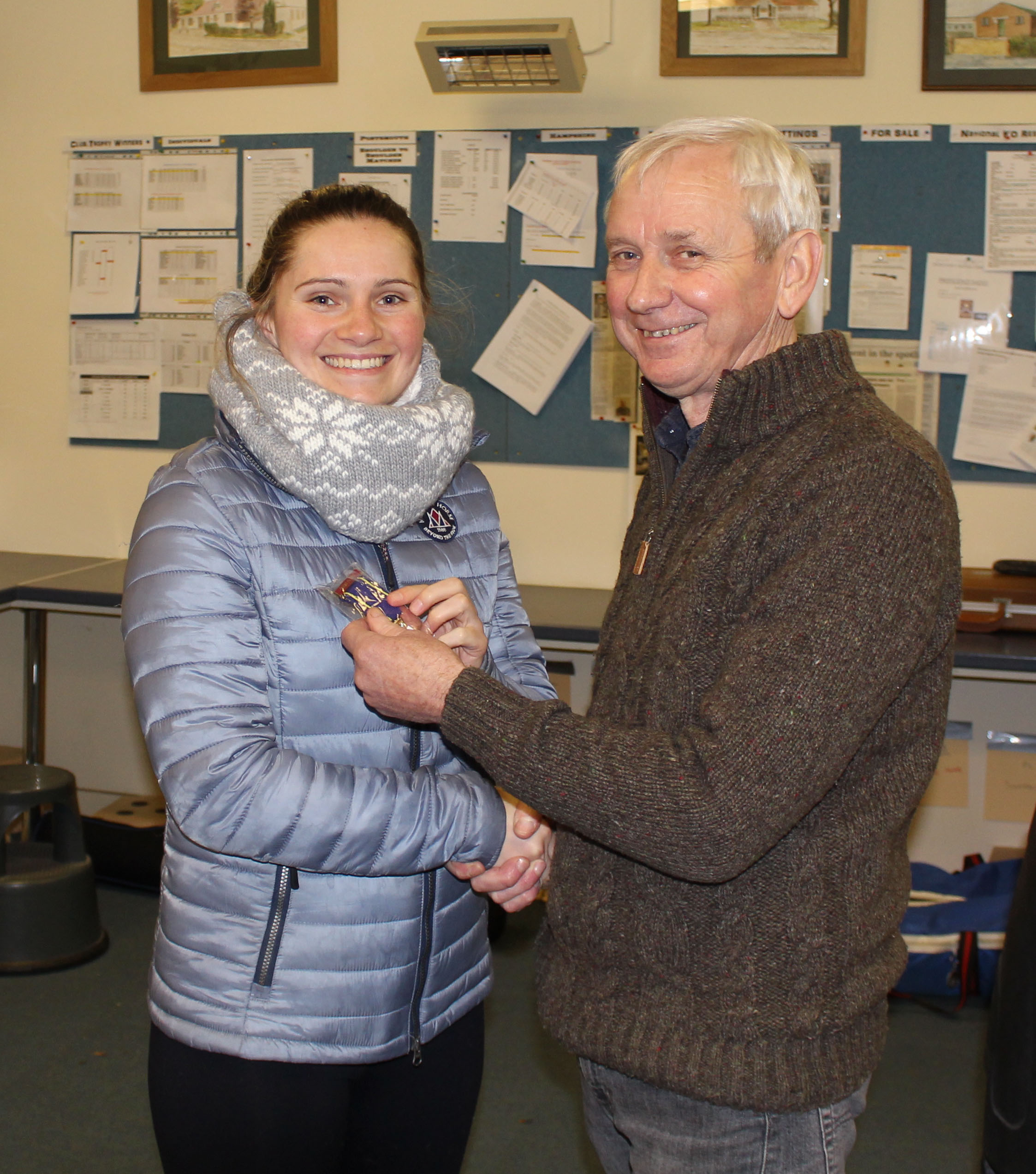 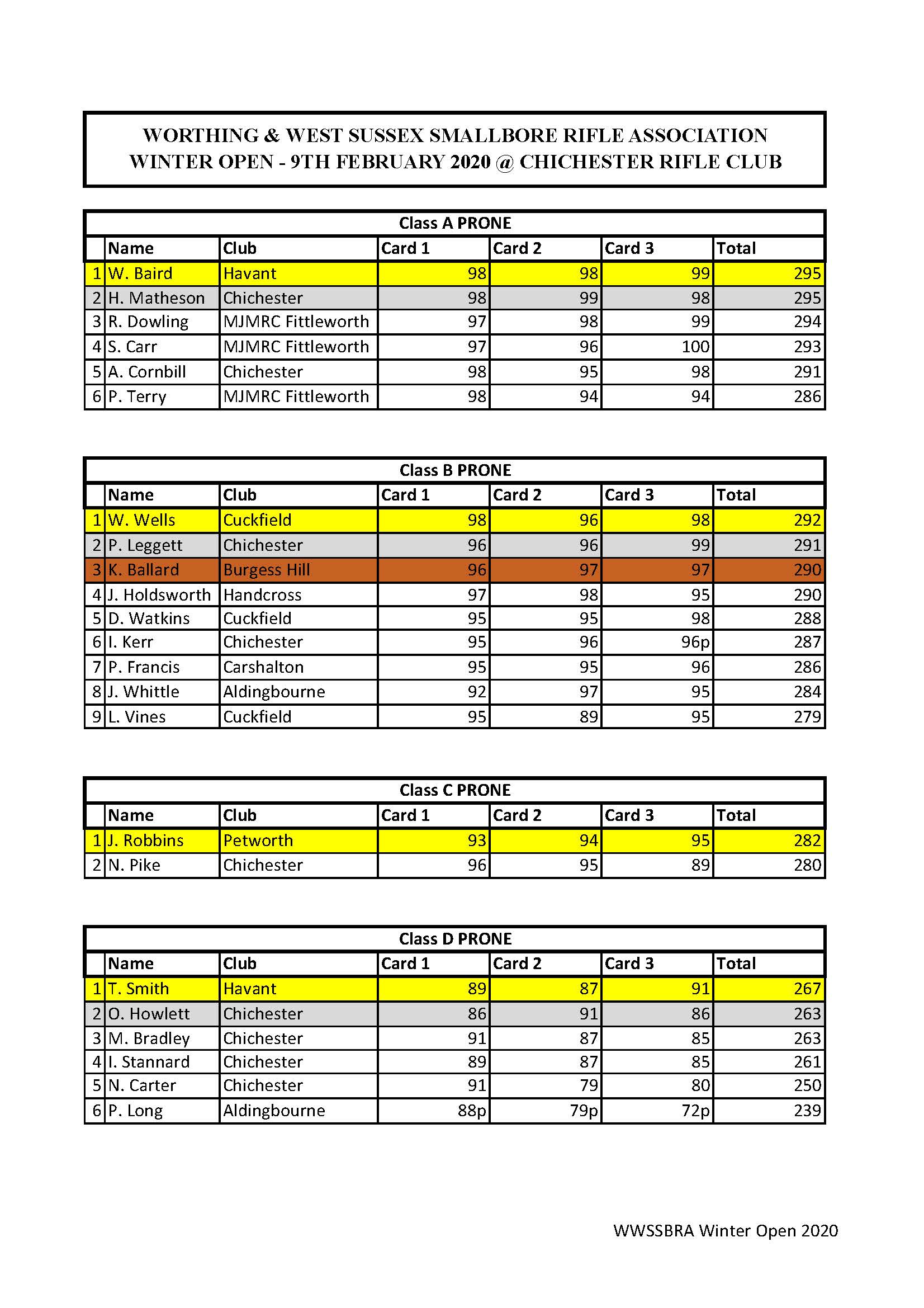 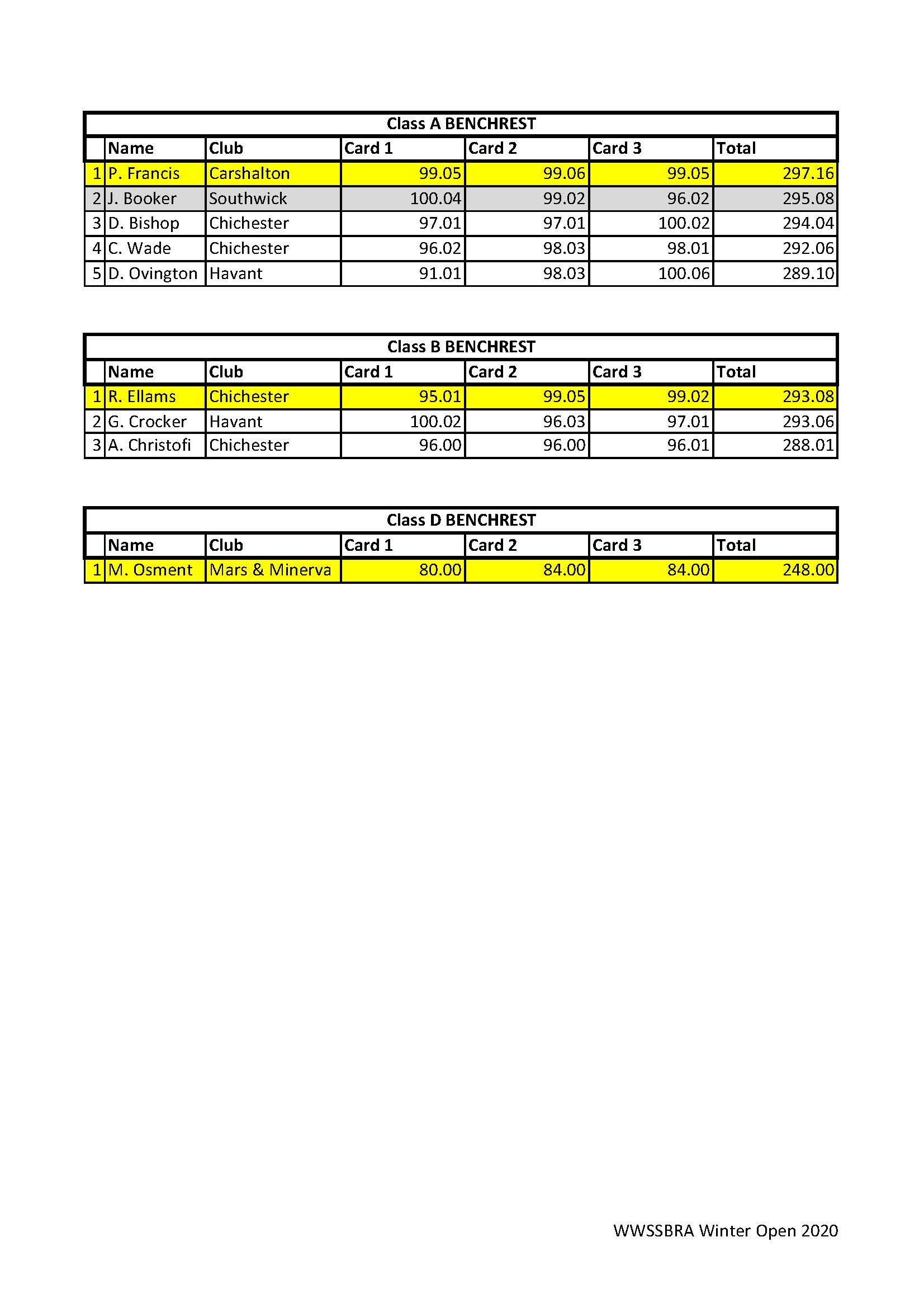 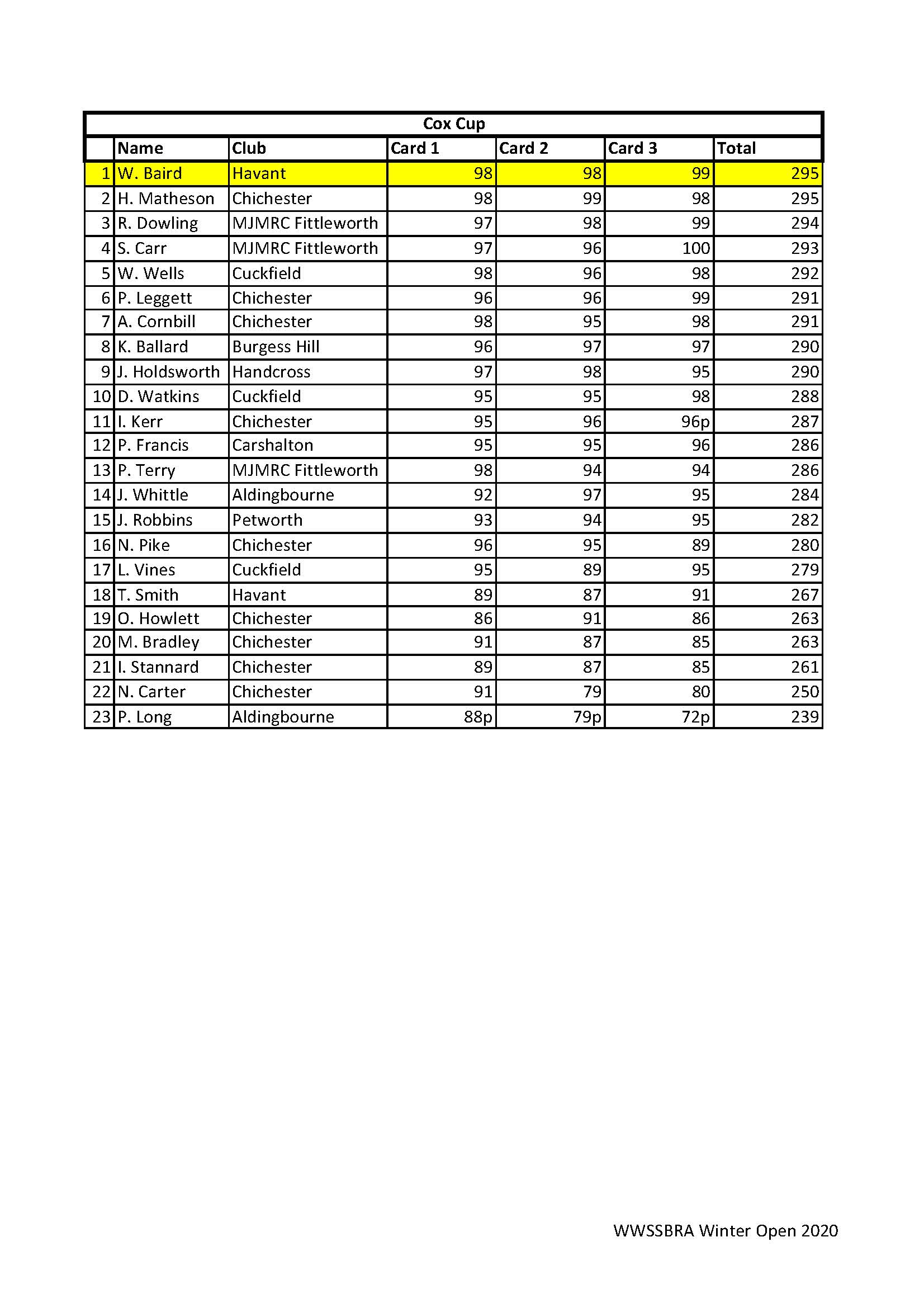 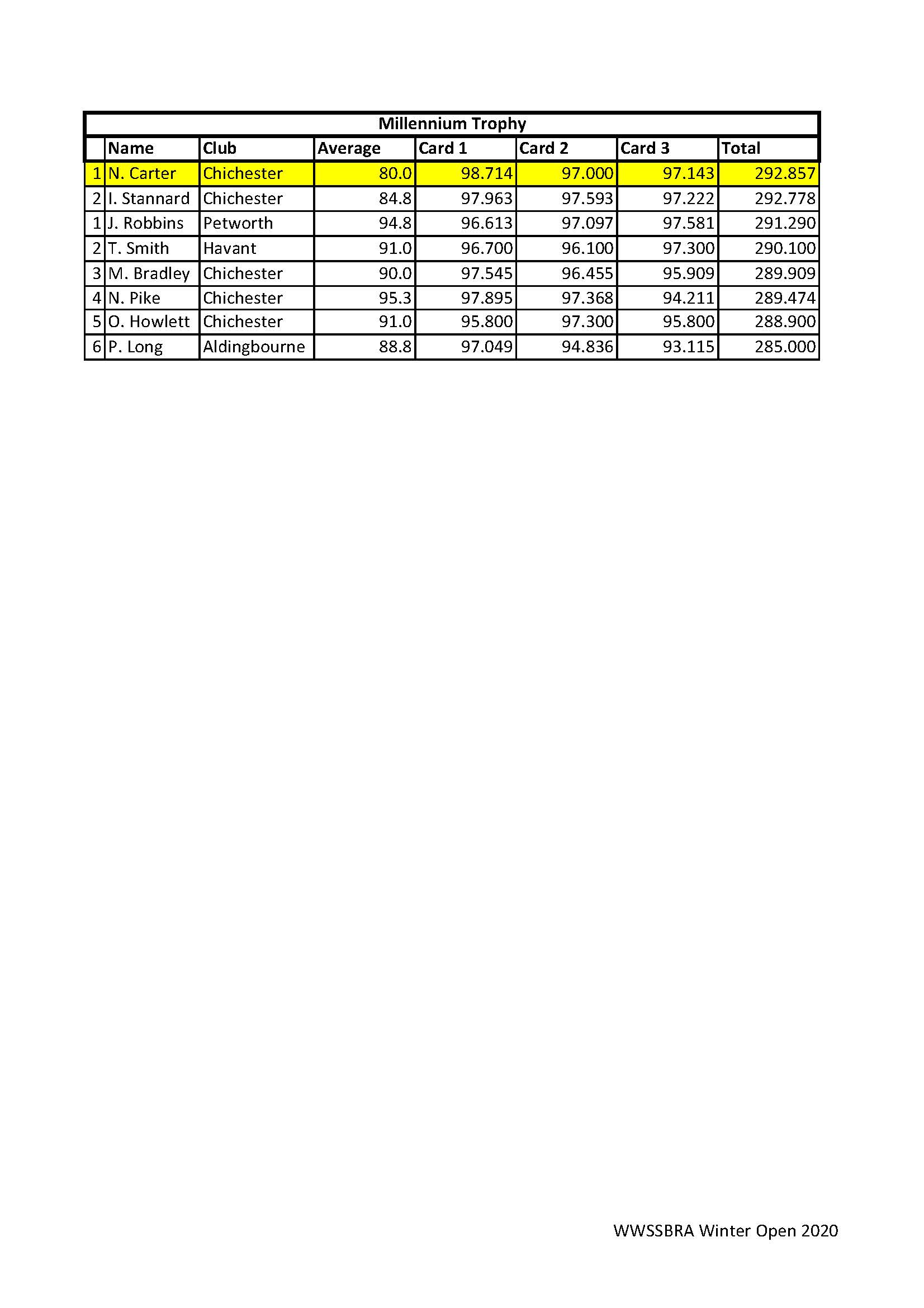 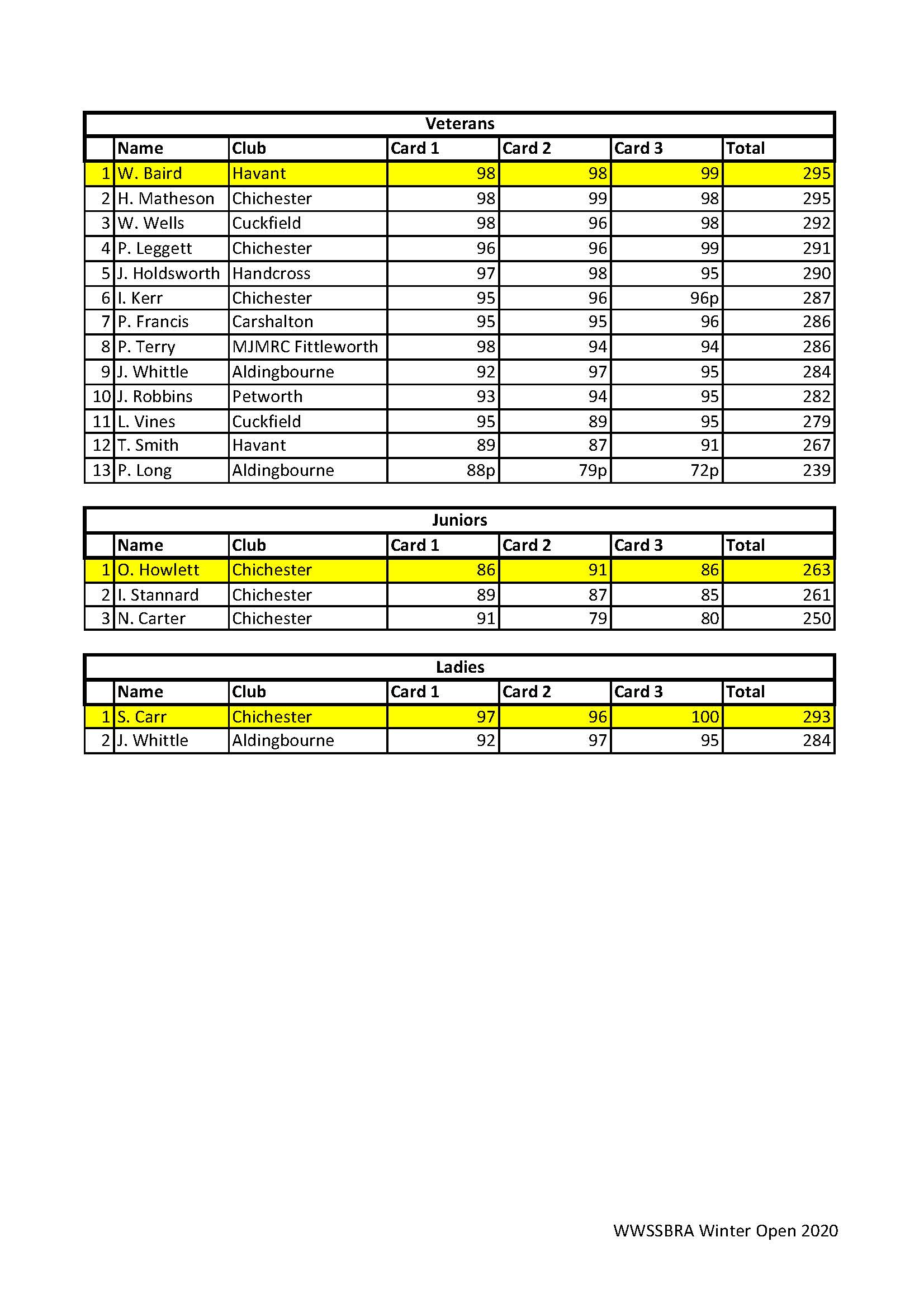 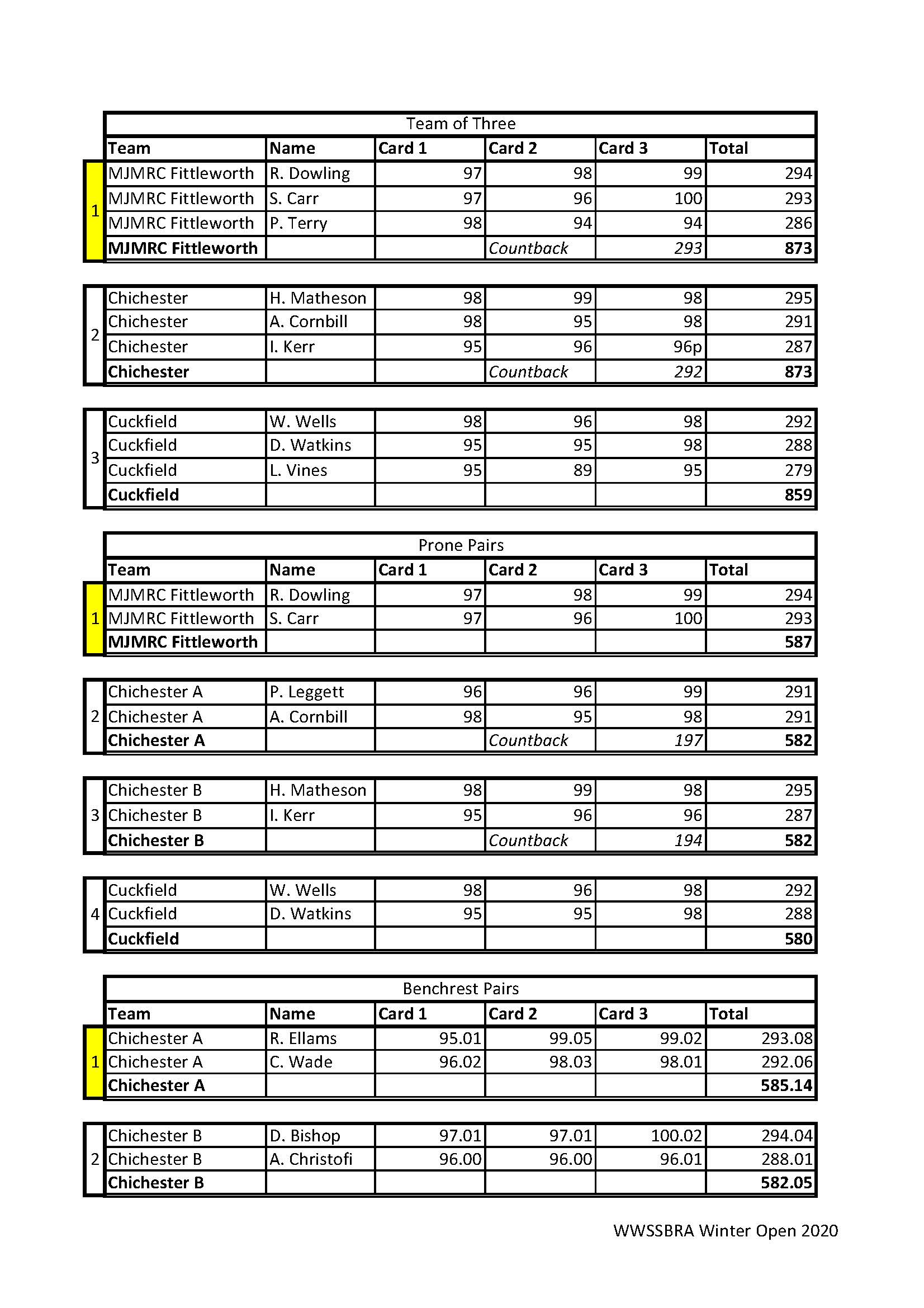