In an exciting final of the Earl Roberts British Championship, the 20 competitors remaining after the two previous stages battled with strong winds on the afternoon of Saturday 20th August for the 2016 British Prone Championship. This match is the highlight of the week-long annual Bisley meeting, which had been shot in mostly light but fickle winds.

After firing 40 shots each at 50m, last year's winner, Michelle Smith, and Dom Cowen had both scored 383 out of 400, one point ahead of Richard Wilson and two points ahead of David Beere-Waldram. The 100 yard shoot would be even more testing for the competitors who would have to judge the wind strength and angle on every shot; the penalty for getting it wrong could be a shot in the 7 ring or even worse (as several shooters discovered). After the end of the shooting, there followed an anxious wait while targets were officially scored. The winner, scoring 762 out of 800, was Richard Wilson from the Isle of Wight, with David Beere-Waldram second on 758 and Dom Cowen third with 754. 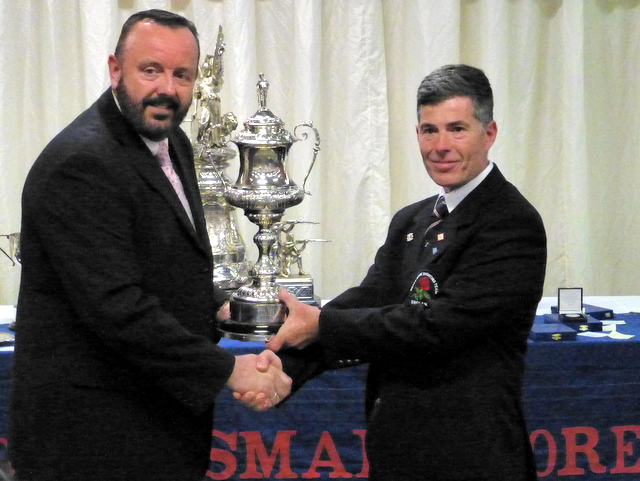