A Tribute To Colin (CT) Harris 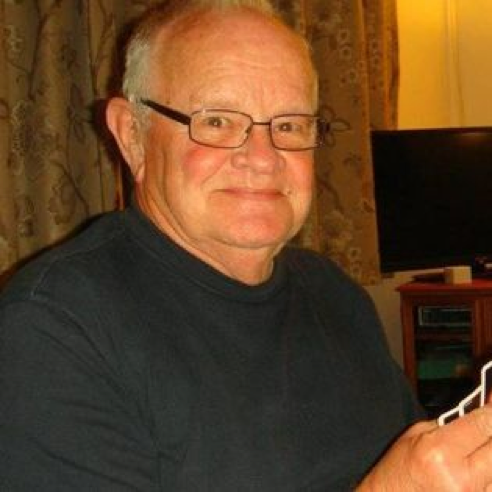 Colin worked most of his working life at the Hoover factory situated in Pentrebach, Merthyr Tydfil and during his career, he progressed from Apprentice to leading Mechanical engineer. His engineering background favoured a desire to understand the mechanics of shooting and Colin was not just working and designing washing machines but also, as many may recall, worked on the Sinclair C5 a small one-person battery electric velomobile.

Colin was a giant of the small-bore shooting world, winning many trophies and championships. Colin was nationally known for his phenomenal successes in target shooting.

He started shooting in Merthyr at the BSA shooting club sited at the BSA (Guns) factory in Dowlas. He moved to the Llantrisant rifle club, Llantrisant later amalgamated with the Cardiff Central Rifle Club and won many British honours at long range. For Short-range, subsequently joined the highly successful South Wales Switchgear Club wherein 1980’s he became a member of the only team to win the three prestigious British club championships in the same year. A British record that still stands today. Team of 4, Boroughs & Watts. Team of 6, News of the World and Team of 8, Mackworth Pride. (record of this can be found on the first floor at The Lord Roberts Centre).

Being a member of each of these clubs Colin’s drive helped the clubs to many national successes.

Colin was a regular at the Bisley National meeting with his wife Michele who he met through shooting. They spent many happy years walking around the ranges with their dogs at Bisley and particularly fond memories of the clock tower, along with his love of caravans. Winning Class X trophies and proudly being an X Class shooter at its inception at around 1970, he stayed in Class X for over 45 years. A class X shooter is regarded as the best in the country.

During his career, Colin represented Great Britain in various International matches, which is indeed a great honour and achievement.

One of the great highlights of this achievement was travelling to Camp Perry in America shooting in the Great Britain Pershing team to compete against the USA for the Pershing trophy, he was also a member of the Great Britain Roberts Team in the return match at Bisley, with a vast number of Great Britain Dewar representations.

Colin was proud to have competed for Wales in four Commonwealth Games, winning two Commonwealth medals. Silver in 1982 at Brisbane games with Bill Watkins, and a Bronze in 1986 Edinburgh games with Terry Wakefield. A wonderful achievement.

During his career, Colin represented Wales over 100 times, in various International matches.

Colin’s great achievements in shooting and in particular to his great success in winning two Commonwealth games medals shows the great dedication and commitment he has given to the sport he loved. In comparison to today’s sporting world, he would be given the status of a sporting legend.

As I previously mentioned Colin was a member of the very successful South Wales Switchgear rifle team in the 1980’s and 1990’s. As I’m sure Michele would remember we used to shoot in a cold and damp 100-foot timber shed at the end of the factory. But we became one of the best rifle clubs in the UK.

Later in his shooting career, Colin set about using his technical expertise and shooting expertise to set up manufacturing CT rifle stocks and bespoke triggers this was a passion for Colin. Along with Club member Chris Parrish a carpenter, he would spend time passing on his shooting knowledge to him in partnership with Chris passing on his carpentry skills helping him build his rifle stocks. And later every opportunity to shoot was taken until illness started slowing him down.

Colin will be terribly missed at home as a loving Husband, loving father, and a loving grandfather. Colin is going too missed as a special friend to many, not just in Markham but around the country and around the world. Colin is going to be missed at the range and on the firing point. But Colin will never be forgotten. His will always be around us in spirit and in our hearts, in our thoughts and our memories.