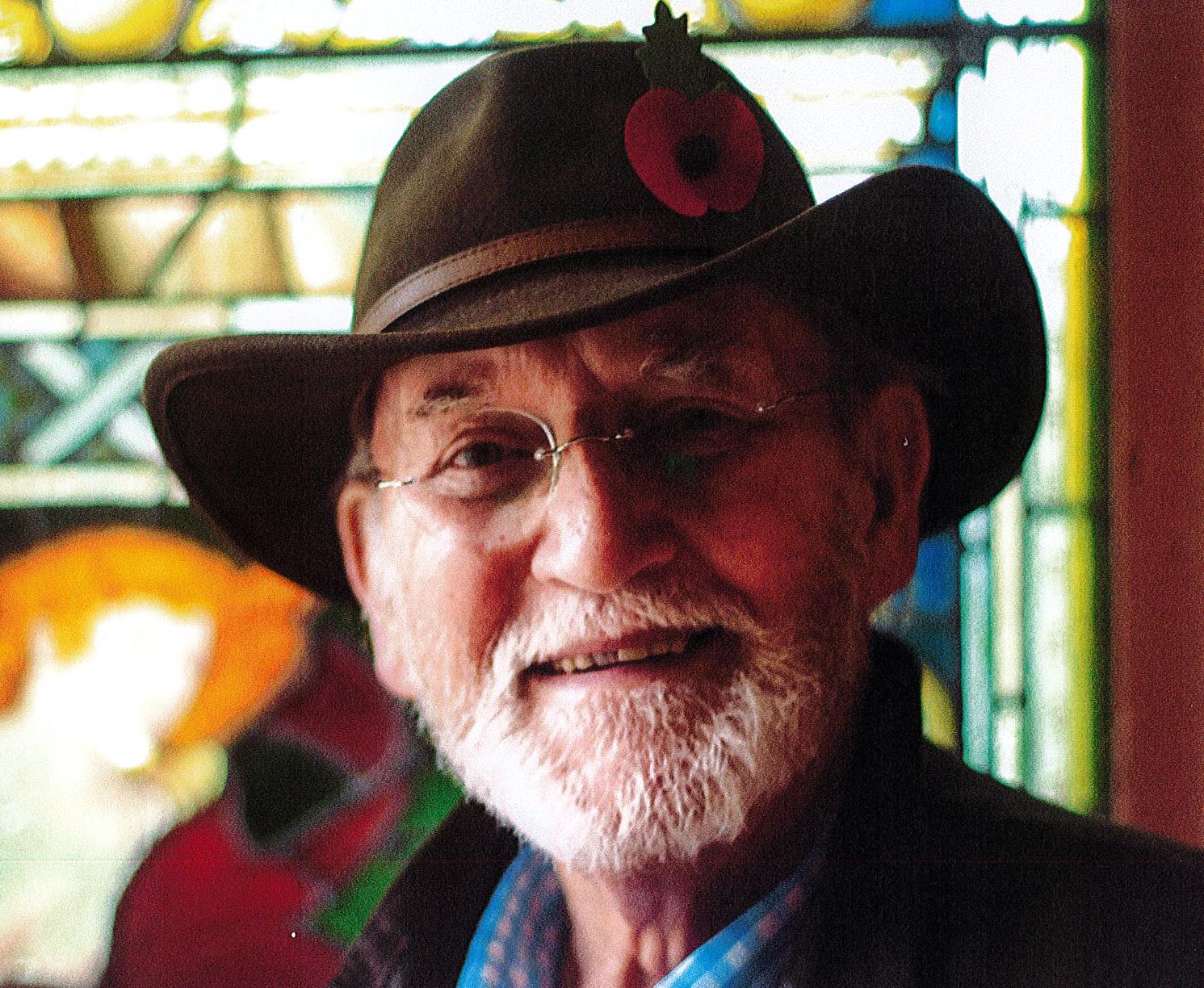 Reginald Arthur Cox, or just Reg as he liked to be known, was born in Liverpool on 7th April 1929. Until the age of ten, Reg lived with his parents Arthur and Winnie and his sister Pat at the family home off Smithdown Road. At the age of ten, Reg’s early education was interrupted by the advent of war, and he was evacuated to Greenfield near Flint in North Wales. For some inexplicable reason, Reg returned to Liverpool in 1941, just at the height of the blitz.

Reg continued his education at art school, but on leaving school Reg signed up for eight years in the Royal Air Force, for the simple reason that most jobs locally were being filled by servicemen returning from the war. Reg was as an aerial photographer, flying in Lancasters and Gloster Meteor aircraft taking aerial records of the terrain below. Reg served in several hotspots, including Singapore and Malaysia, but he was also posted to Berlin, where in 1950 he met his beloved Ina, who was working in the camp NAAFI. Reg and Ina married back home in Liverpool on 15th October 1952.

After leaving the forces in 1955, Reg and Ina settled into married life and started their own family. Their daughters Fiona and Amanda were born in 1958 and 1960, followed by their son Andrew in 1963. Reg continued his passion for art, design and photography and joined the Liverpool College of Art as a lecturer. Counted amongst Reg’s former students are many of the great and good of the Liverpool arts scene in the 1960’s and 70’s, including one John Lennon. Reg’s devotion to family life meant he missed some of the opportunities to become as well-known as many of his contemporaries; nevertheless he was highly regarded and became the “go-to” photographer for recording life in Liverpool. One of Reg’s high profile assignments was as official photographer for the Liverpool International Garden Festival in 1984.

Reg started shooting in 1943 as an Army Cadet, and after joining the RAF in 1946 shot Service Rifle (a) for the RAF VIII Team in the Inter-Services Competitions. Reg took up pistol shooting in 1950, shooting in the “Whitehead”. In civilian life, Reg first joined Fiveways Rifle & Pistol Club and then Mossley Hill Rifle & Pistol Club and quickly became a popular member for his willingness to help and support the club. This soon became the case at County level too and in 1971 he was appointed Secretary of the County Pistol Section. Reg very much liked people and was most at home on the front line helping run the County Airgun Championships and the British Open Airgun and British Pistol Championships.

As a pistol shooter, Reg was involved in the County teams in the days when Lancastrians were winning everything in sight. Reg became great friends with many of the leading pistol shooters of the day, including Dr Laslo Antal. Reg would often tell of his Friday evening journeys from Liverpool down to Bisley accompanying Laslo in his Mercedes “flying machine”.  Reg was recruited by Laslo on to the NSRA Pistol Committee in the late 1970’s, which in those days ran the Bisley Pistol Meeting. Reg’s job was to find and co-ordinate range officers. Not an easy task considering events such as 25m rapid fire required three RO’s for every two competitors!

In 1989, Reg was appointed Manager of the Great Britain Shooting Team for the European Championships at Zagreb in Yugoslavia. As a “rookie” he relied heavily on the help and experience of Laslo, David Parish and Barry Dagger. Barry and Reg led the team on in the opening ceremony, all ﬁve foot nowt of Barry and six foot four of Reg. It must have caused some smiles. Reg was proud to have captained teams for both Great Britain and England. Frank Leatherdale made him Adjutant to the winning Mayleigh Team of 1981. After two years he became Captain and the team won again in 1984. John Hunter and ESSU made him Captain of the England Air Pistol Team in 1979 and 1995, winning on both occasions.

Reg joined the Council of the County of Lancaster Small-bore Rifle Association and as Chairman in 1984 was instrumental in the change of name to County of Lancaster Small-bore Target Shooting Association to reflect the wider range of disciplines within the County. In 1989 Reg was elected to the Board of Management of NSRA, on which he served for six years. On stepping down from the Board in 1994, Reg was elected as an Administrative Member of the Shooting Council and retained his place on what by then had become the Pistol, Airgun and Crossbow Committee.

Alongside all this administration work, Reg of course was called on regularly to be “the photographer” for shooting events. His talent as a graphic designer was also put to good use. The logo for the 1991 European Airgun Championships in Manchester was his. Reg designed the logo for the Nordic Games in 1992 and was responsible for the NSRA logo with the initials and half a target, used for many years, and his design for the Great Britain Target Shooting Badge is still in use. Reg also redesigned the County of Lancaster badge.

Reg’s interest in people and photography were combined when he established the Lancashire Bull, the newsletter of the County Association, which he edited for over fifty editions. Reg loved to gather stories about people and their shooting achievements, which always formed the core of the newsletter’s content. However, he was not averse to including the odd political editorial, particularly when it involved protecting shooters’ rights.

For his outstanding services to target shooting, Reg was elected Life Vice-President of CLSTSA in 1991; the highest honour in the County Association. In 2006, Reg was also honoured by NSRA with a Silver Special Service Award. Alongside these and other honours, what Reg treasured most from his shooting activities, as with other aspects of his life, were the friendships that he made. It was easy to become friends with Reg. As County President, David Pritchard recalls “Reg was always there to help. I, and many others, will miss his friendship”.

Reg passed away quietly at home on 13th July 2019. He will be remembered with great affection as the “Modest Genius” who brought joy and friendship to all our lives.