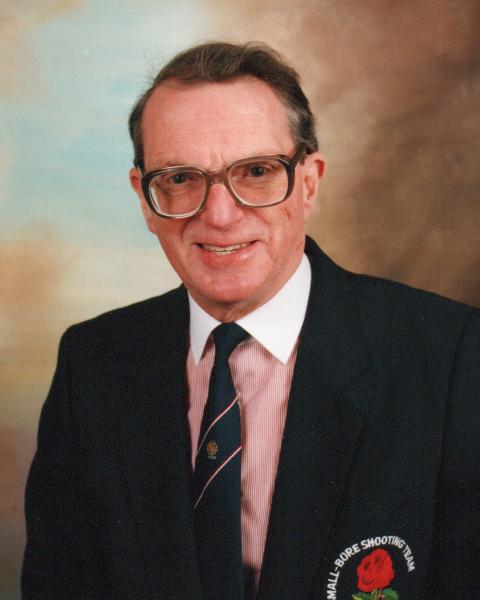 John Billbrough was born in 1931 in Knottingley, West Yorkshire and he was always proud to be a Yorkshireman. More surprisingly perhaps, he was also proud of his long association and involvement with target shooting in the County of Lancaster. If nothing else, John showed that ancient county rivalries, even those between the two great northern counties, can be cast aside in the interests of sport.

John started shooting during his career in the RAF in which he served as a policeman. It was during this time that he met his wife to be, Ruth, and they married in 1954. After leaving the RAF, John and Ruth returned to Yorkshire and then in 1966 they moved to Chorley in Lancashire.

John and Ruth would have been married 65 years next February and received a telegram from HM the Queen on the occasion of their 60th wedding anniversary.

Their daughter Jan, was born in 1960 and they have one granddaughter Catherine, who celebrated her 21st birthday this year.

After moving to Chorley, John started to take an active role in his local rifle club as an Administrator and Coach, as well as keeping up his own shooting. Sandie McHugh recalls “We first met John at Bisley through Eric Dougliss and Dorothy Banister. He was often down there attending NSRA Committee meetings. He took an interest in the squads and was very encouraging to individuals. When we were moving from Oxfordshire to Lancashire, John was instrumental in our joining Chorley Club. Recognizing our training needs at the time, he arranged for us to have access at any time to both the indoor and outdoor ranges. This was a great benefit to us.”

Along with Sandie, many other shooters in the County benefitted from John’s help and encouragement with their shooting and with the administration of their sport. As County Secretary, I relied on John’s knowledge and experience a lot, which John was always happy to share in his own modest way. John was never one to push his opinions at Council meetings, which he rarely missed, but rather would listen thoughtfully to what everyone else had to say, and then interject with a few sage words. We had to be careful though! John liked to make sure Council meetings were wrapped up quickly whenever there was a rugby match on TV.

John’s talents for management and organisation were also recognised at National level. John was Secretary of ESSU in 1990 and served as Captain of the England Rifle Team for their victory in the Home Country International in 1991. John was a member of the organising committee for the European Airgun Championships held in Manchester in 1991 and as an ISSF judge, officiated at Commonwealth Federation Games and other major National and International matches. At the 2002 Commonwealth Games, John was a keen and willing volunteer, and enjoyed the whole experience of officiating and supporting the shooting events at the Games.

For many years, John represented the County of Lancaster on the NSRA Shooting Council and in 2006, John was awarded the NSRA Bronze Medal in recognition of his services to shooting sports. John was usually very modest about his achievements, but I remember after receiving his Bronze Award, he took his medal to a Firearms Users Liaison Group meeting at Lancashire Constabulary and proudly showed it to the Police Inspector who chaired the meeting. This was not John showing off, but rather his own gentle way of reminding the police of what we are all about.

John Billbrough was fine Yorkshire gentlemen, who became admired and respected within the County of Lancaster, and indeed the rest of the country for his dedication to target shooting. We will all miss him very much, but will always remember his generosity and good humour. 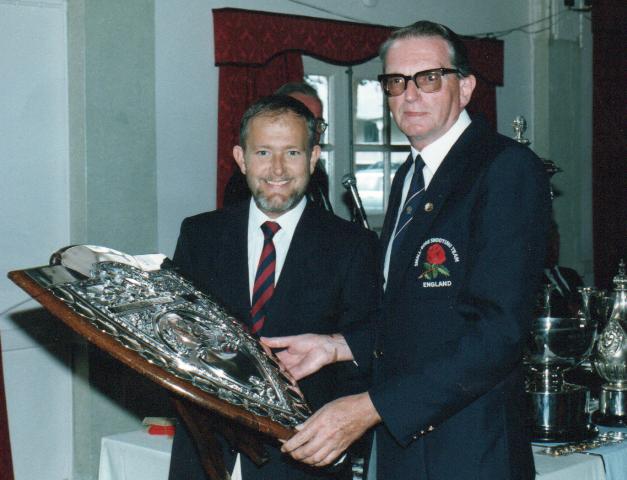