Bisley 1922 was a first, but in another respect it was a last. Since 1907 a Home Countries International Match for teams-of-10 had been a feature of two SMRC Meetings each year. The Bovril Shield was the first trophy used, shortly after joined by the Ian Hamilton Cup.

Almost immediately after the first International the SMRC introduced a special medal, in silver for the winners and bronze for the runners-up. The obverse included the names of the four principal Home Countries, and the reverse was a Seated Angel, designed by Sir Ian’s sister-in-law, Lilian Hamilton.

The “last” was because Bisley 1922 was the final match where these medals were awarded. From 1923 the officials and members of every participating team received an embroidered silk badge, emblematic of their country.

With only two matches a year for 16 years (less the war years), these medals fall into the category of “relatively scarce”, the total number issued being about 500. The majority of medals found now have no firm provenance as it was not the practice of the SMRC to engrave them with a date and venue. Any medal with such details and the winner’s name added by the shooter himself can reasonably be called “exceptionally rare” - at the moment only one is known. That is the silver medal won at Gloucester in 1914 by the Rev Norman Burgess, the Vicar of Knighton-on-Teme. 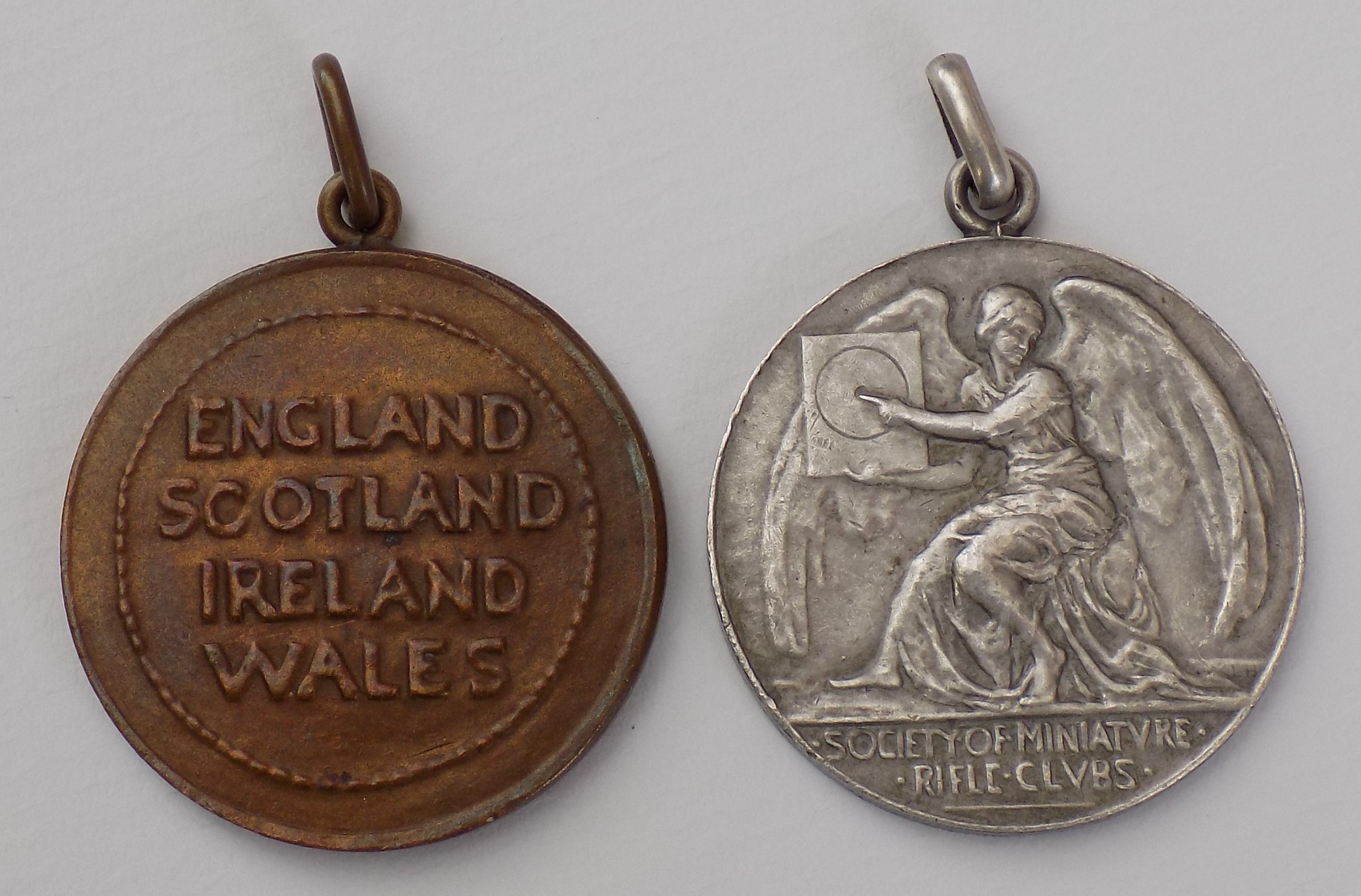