The rate of progress with the renovations and alterations at NSRA Aldersley has far outstripped my wildest expectations. Our volunteers have been amazing and we are very grateful for all the time they have given so generously. It has been great team effort with members of all three ‘in-house’ clubs (Aldersley Aigunners – our over fifties group, Goodyear Rifle Club and Lucas Rifle and Pistol Club) coming together to help. 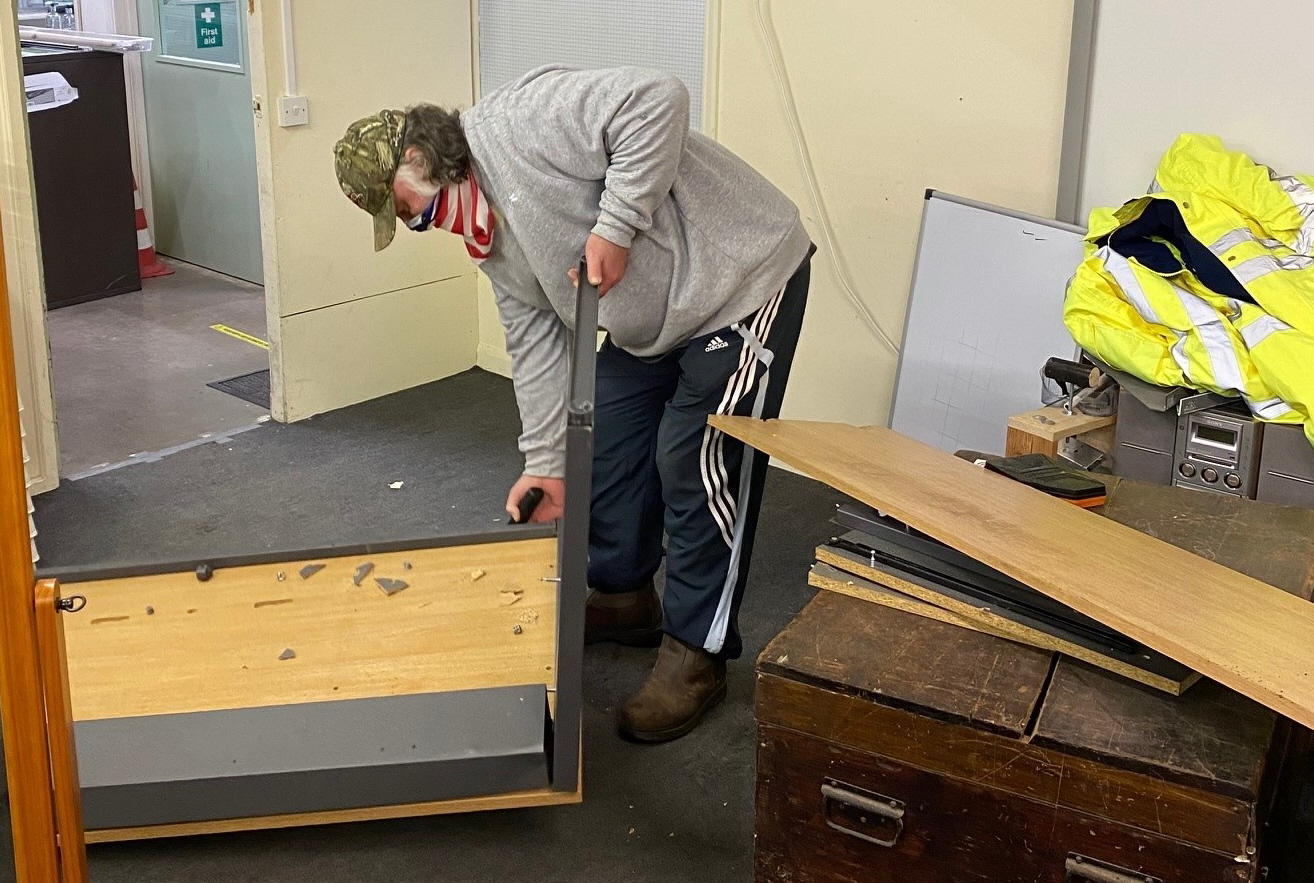 It was a privilege working alongside these volunteers who have responded magnificently. Watching Steve, a visually impaired shooter and member of Aldersley Aigunners, reduce an obsolete and unwieldy old office desk into its component parts was typical of the response from this group of remarkable people. We owe them a major debt of gratitude.

I need to express my own personal appreciation and gratitude to Mike Morris and I know this is echoed by the NSRA Board. Not only by the unstintingly and unselfish giving up of his own time by working on various projects around the centre but also in co-ordinating the volunteer teams to make sure what needed to happen did, and on time. Ably assisted by John and Simon, he has ensured that the major construction work was completed so that we could open the indoor ranges in line with the Government Roadmap. The ingenuity and purposeful recycling of materials not only solved some of the trickier issues uncovered but did so without any budget to fall back on. Irene Morris also deserves a special mention, both in her diligent efforts in keeping Mike organised, but also in making sure that the centre continues to be a pleasurable place to come and shoot, especially in accessing the outdoor range.

We thank and salute you all!