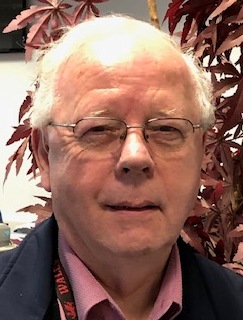 At the NSRA Shooting Council meeting, held on 23rd November 2019, John Lloyd, an existing member of the Board of Management, was elected as Chairman of the Association by the Shooting Council following a proposal by Richard Watchorn the Treasurer of NSRA.

John has been a member of the Board for about twelve years and in that time has also been Chairman of the Pistol, Air and Crossbow Committee for the past eight years.

In his professional career as a Civil Engineer he was the MD of several construction related companies in the North West. Currently he continues to work in private practice providing design and technical services in construction.

In the Sixties John was introduced to prone SB rifle at Stourport RC in the Midlands but by the late Seventies had become a pistol shooter with occasional forays into 10m air rifle and SB prone. In 1981 he joined Blackburn RPC where, in the late Nineties, he was elected Club Chairman, a post that he held for thirteen years. Today he is a Life Member of Blackburn RPC and joint Patron of the County of Lancaster STA. Four years ago he re-located to his home town in South Pembrokeshire and is a member of Haverfordwest TSC.

John has twice represented GB in the Mayleigh Match and has been Team Captain on several occasions. Current shooting interests are 10m air pistol, 50m pistol, and several of the ML pistol disciplines. He also participates in Sport Crossbow competition and Classic Rifle. Much of his time is spent promoting disabled and Blind/VI shooting. He is an active County Coach in pistol disciplines and promotes the NSRA YPS scheme encouraging young people to take up shooting sports.