ParalympicsGB has today announced the first members of the British team set to compete at the Tokyo 2020 Paralympic Games, which begin in August this year.

Six shooting Para sport athletes will take aim in Tokyo having been selected to represent ParalympicsGB at the rescheduled Games this summer. 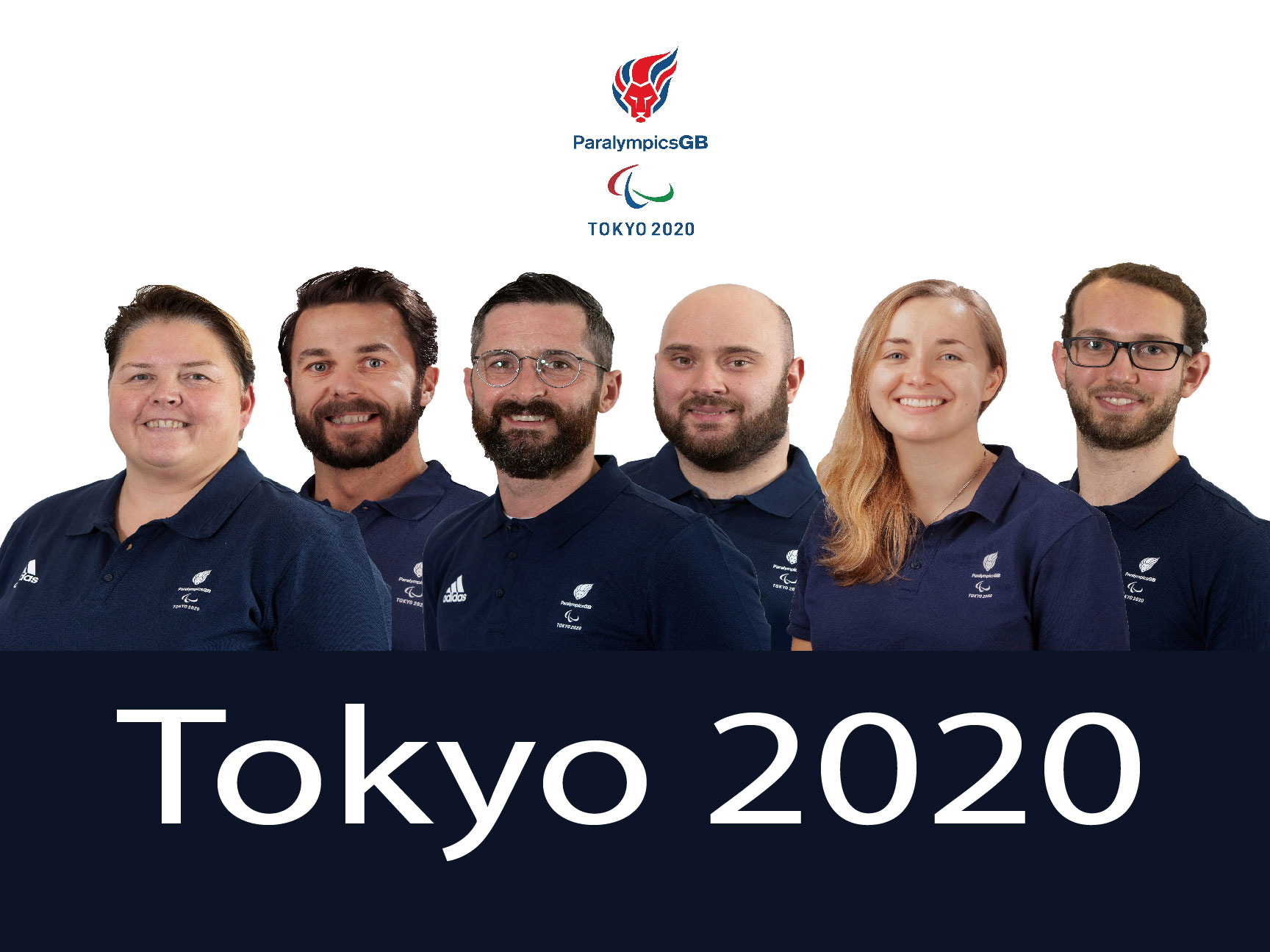 Paralympic medallists Matt Skelhon and James Bevis, alongside fellow rifle shooters Tim Jeffery, Ryan Cockbill, Lorraine Lambert and pistol shooter Issy Bailey are the first confirmed members of an anticipated ParalympicsGB team of around 240 athletes from 19 sports that will compete in Tokyo.

Tokyo 2020 Chef de Mission Penny Briscoe said: “Today’s announcement is a memorable moment for ParalympicsGB on our journey to Tokyo as we welcome the first members of the team.

“We recognise these are incredibly challenging times for all of us and athlete health and wellbeing has been at the heart of all our preparation and planning. We are heartened by the confidence shown by the Tokyo 2020 organising committee and the International Paralympic Committee that the Games will take place safely and securely this summer.

“In securing their places, all six athletes have demonstrated they have what it takes to compete on the biggest stage of all and I look forward to closely following their progress both in the coming months and in Tokyo.”

All six athletes have Paralympic Games experience under their belts - for Skelhon and Bevis, Tokyo 2020 will be their fourth Games and another opportunity to add to their medal collection.

Reigning double world champion Skelhon won gold on his Games debut at Beijing 2008, followed by a silver and bronze at London 2012, while Bevis won bronze in front of the home crowds in London.

Skelhon said: "In such tough times, the Games are a massive thing to look forward to. I feel extremely privileged to be part of such an amazing team. We are so lucky to have a strong support team behind us that have worked very hard to give us the opportunity to continue to train and prepare safely and securely.

"I feel very proud and excited to be selected to represent ParalympicsGB at my fourth Games."

Cockbill made his Paralympic Games debut in London, while for Jeffery, Lambert and Bailey, Tokyo 2020 will be their second Games after competing at Rio 2016.

"The athletes and staff have shown incredible resilience over the past year as competitions have been cancelled and they have spent considerable time training in their home environments. I am confident that the hard work they have continued to put in under such difficult circumstances will stand them in good stead for Tokyo.

"I’m also very proud that ParalympicsGB and Team GB have come together to jointly announce the selected athletes - the first time this has happened since London 2012. This truly underlines our mantra of ‘One British Shooting’."

ParalympicsGB captured the imagination of the British public at London 2012 winning 120 medals in front of sell-out crowds with countless memorable performances.

The team eclipsed that performance at Rio 2016 winning an outstanding 147 medals including 64 golds to finish second in the overall medal table. The rescheduled Tokyo 2020 Paralympic Games will be staged from 24th August to 5th September.

Skelhon, 36, has represented ParalympicsGB at three consecutive Paralympic Games, winning gold and equalling the world record on his debut in Beijing less than two years after starting his competitive career.

Skelhon began shooting as a hobby when he was 11 years-old and started competing in 2006 after attending the Stoke Mandeville Spinal Games. Within 18 months he had secured a place on the British team for the Beijing 2008 Games, where he competed in the 10m air rifle prone mixed SH1.

The Peterborough-born shooter missed out on defending his title at London 2012 by just 0.3 points and had to settle for silver instead; he did however add an unexpected bronze to his collection in the 50m rifle prone mixed SH1 – an event he had taken up just 18 months before the Games.

Despite setting a new Paralympic record in qualification, it wasn't to be at Rio 2016 as he finished seventh in the mixed 50m rifle prone SH1 shooting final.

Skelhon has excelled at World and European Championships – most recently claiming double World Championship gold in 2019 in Australia, registering a world record score in the process.

Tokyo 2020 will be Bailey’s second Paralympic Games, having made her Paralympic debut at Rio 2016, two years after joining the Shooting Para sport squad. A talented hockey player growing up in Cirencester, she was introduced to pistol shooting as part of her rehabilitation at Stoke Mandeville hospital.

Bailey – the sole representative in pistol shooting in the ParalympicsGB squad - secured a quota spot for the team after finishing ninth in qualifying at the 2019 World Championships in Sydney. The 26-year-old will compete in the women’s 10m air pistol SH1 and mixed 25m pistol SH1 at this year’s Games.

Bevis already has a Paralympic medal to his name, having won bronze in front of the home crowds at London 2012. Tokyo 2020 will be his fourth Games; he competes in the SH2 class and medalled in London in the mixed 10m air rifle prone event.

The 44-year-old took up Shooting Para sport in 2000 – although he first tried shooting targets at just seven years-old in his grandmother’s back garden. He is also a keen cyclist and a self-confessed fitness addict – during last year’s lockdown he cycled the equivalent of John O’Groats to Lands’ End on a turbo trainer in his garage - the challenge took him eight days.

Cockbill, 30, started shooting in 2007 having taken part in the Stoke Mandeville Games earlier that year, where he tried a number of different sports, including wheelchair rugby.

He was drawn to target shooting however, and what started as a hobby quickly became a passion as he thrived off the buzz of competitions. Within three years Cockbill joined the GB shooting team; two years after that that he made his Paralympic debut in London. He also took part in the torch relay in Birmingham (he lives in Aldridge, West Midlands) ahead of the Games.

At 24-years-old Jeffery is the youngest member of the ParalympicsGB shooting squad, having first started shooting aged 11 through the scouting movement.

He went on to make his Paralympic debut in Rio where he finished tenth in the qualifying round of the Mixed Air Rifle Prone SH2.

Jeffery secured a quota place for the ParalympicsGB shooters for Tokyo 2020 after winning gold at the World Cup in the UAE in February 2019. The Newbury athlete rounded off a highly successful year with team gold and bronze alongside Bevis and Cockbill at the 2019 World Championships in Sydney.

Lambert’s passion for shooting Para sport took off when she competed at the LimbPower Games in 2010, although she was no stranger to the sport, having participated as a cadet in her youth.

She immediately took to the sport and lined up in her first competition in 2011. The 48-year-old won her first individual gold medal in Dubai later that year - and hasn’t looked back.

The Portsmouth-based shooter finished an impressive fifth in the women’s 50m Rifle 3 Positions SH1 at Rio 2016 – her first ever Paralympic Games – and since then has claimed World Cup silver in Dubai in 2017, a sixth-place finish at the 2018 World Championships and bronze at the Osijek World Cup in 2019.

About the British Paralympic Association and ParalympicsGB

ParalympicsGB is the Great Britain and Northern Ireland Paralympic Team competing at the summer and winter Paralympic Games. We know that the outstanding performances of our athletes have a powerful impact on the British public and can shift perceptions of disability in society, helping to inspire a better world for disabled people.